There was a lot of noise made when the City of Hoboken proudly implemented its single-use plastic bag ban over a year ago, aimed at reducing the dependency of retailers and consumers on throw-away plastic.

The initiative commenced in June 2018, when Hoboken Mayor Ravi Bhalla initially outlined his plan to clear the streets, trees, water and air of pesky polyethylene pouches.

“Single-use plastic bags are incredibly wasteful and destructive to our community and the environment,” said Bhalla. “The US wastes hundreds of billions of these bags every year. This ban is a reasonable way we as Hobokenites can do our part to cut down on litter and pollution.”

The ban was enacted on January 22, 2019. Over a year later, there are still plastic bags being used in Hoboken.

Not everywhere—most retailers/small businesses chose to adhere to the intent of the law and end their dependence on polyethylene bags altogether. Others decided to exploit a loophole that allowed them to instead offer thicker “reusable” bags.

“The 2.25 mil plastic bags were included in the ordinance as permitted bags because (a) they are, by design, able to hold up to 25 lbs, (b) they are, by design, strong enough to withstand being reused 125 times, and (c) some limited percentage of vendors sell products that are very heavy or bulky and may not be a good fit for paper bags (e.g., five bottles of wine),” said Hoboken Councilman Jim Doyle last year. “Because these bags are more costly than their paper option counterparts, we hoped that only those few businesses that genuinely needed them would choose that route.”

Grocers ShopRite and Acme were among those who opted to stick with plastic.

As of next month, that puzzling practice will finally come to an end.

An ordinance banning the use of ALL carry-out plastic bags from food service and retail establishments, is scheduled to take effect on March 8, 2020. As was the intent of the original legislation, shoppers are encouraged to utilize reusable tote bags at all retail and food establishments. However, establishments must still make paper bags available to customers for a fee of 10-25 cents per bag. All proceeds from that fee will continue to be collected by the retail or food establishment to offset the costs of the paper bags.

To most people, the point seems pretty straightforward. Hoboken sits at the mouth of the Hudson River, which flows into New York Harbor and directly into the Atlantic Ocean. Plastic bags are very dangerous for sea life—especially dolphins, seals or turtles—as they are the most likely to mistake the plastic bag for food. Provided they don’t asphyxiate from initially ingesting the bag, they’re facing slow and painful death from toxicity or intestinal blockage. 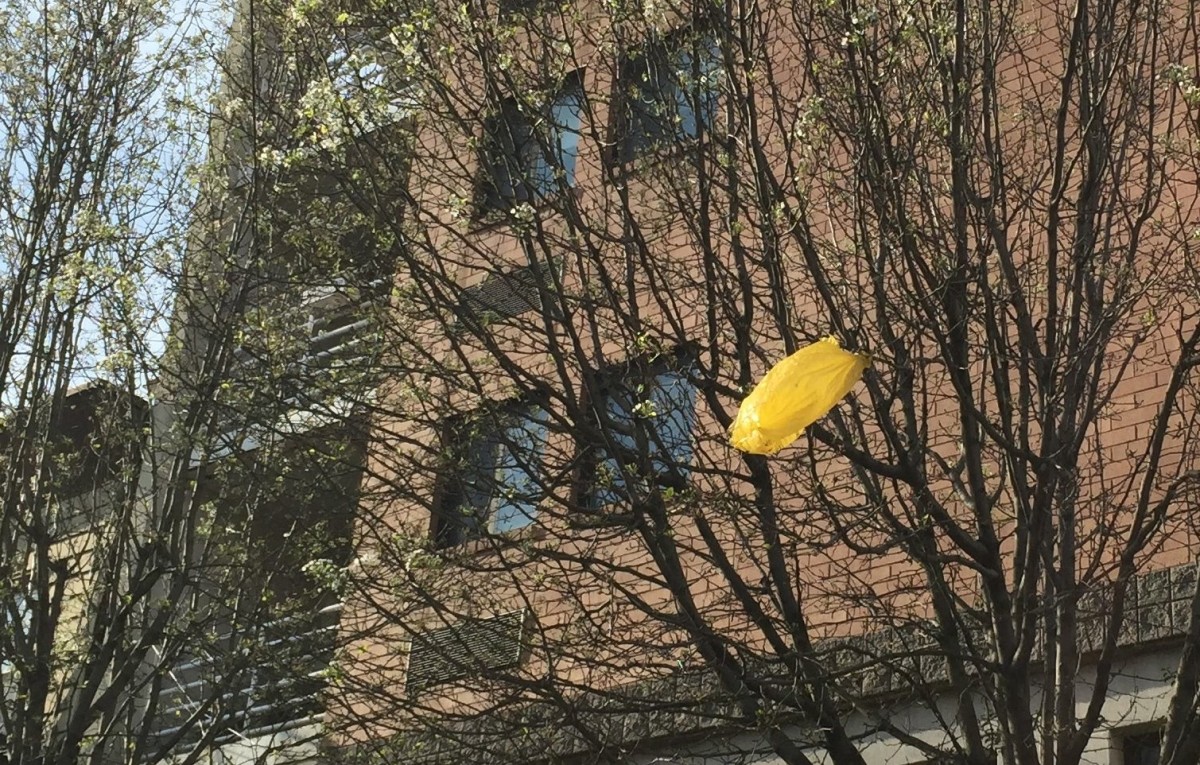 The fact that so much plastic remains in part of the shopping process leaves some skeptics to question the point of the bag ban. It’s worth pointing out that adding another piece of plastic to the equation does nothing to help things, considering the fact that there are better options (paper/reusable totes) available.

Prior to the initial ban, the City of Hoboken estimated that consumers are issued over 500 plastic bags per year—nearly 10 per week, which are conservative numbers given the realities of consumer behavior. With over 55,000 residents in Hoboken, that equates to over 27.5 million plastic bags that will no longer be entering the ecosystem out of the Mile Square City.

Polyethylene is not readily biodegradable, which means this stuff will be floating around for the foreseeable future. The less plastic bags we use, the less likely they are to find their way into the trees or rivers.

Furthermore, the City of Hoboken will institute a styrofoam ban.

In 2011, the U.S. Department of Health and Human Services added styrene, a chemical found in styrofoam products, to its list of known or possible carcinogens. EPS isn’t biodegradable and can last in landfills for 500 years or more.

For a reminder of why we’re doing all this, check out this video from Wild Jersey City:

Gears of Growth: Hoboken Rotary Circulates the Good in Our Community