After seeing initial reports on social media, hMAG has been able to confirm that a 32 year-old man from Jersey City was hospitalized Sunday night after a collision with a car on 14th & Hudson Streets in Hoboken.

Witnesses maintain that the man was motionless for an amount of time and bleeding from the skull. First responders from the Hoboken Police Department and Hoboken Volunteer Ambulance Corps. were able to stabilize the man and transport him to an area hospital.

While the incident is still under investigation, Hoboken Police were able to verify that there was a collision between a car and scooter, and that the driver of the car was a 31 year-old female from Massachusetts.

As for the scooter rider, he was released from the hospital and stopped by Hoboken PD headquarters earlier this week to follow up on the investigation. Meanwhile, witnesses have been interviewed.

The Hoboken scooter rideshare with Lime is a pilot program, up for review in the coming weeks.

The rideshare program’s popularity in Hoboken is significant, with Lime most recently reporting 500,000+ trips since May. Riders enjoy the ease and convenience of the rideshare scooters, as a reliable and affordable way to navigate short journeys around the Mile Square City and its traffic-choked thoroughfares.

However, scooters in Hoboken have been under intense scrutiny since their rollout on May 20. A rider was arrested in June for attempting to flee police on the Waterfront after colliding with a pedestrian. In September, a scooter collided with a mother and child on the sidewalk, prompting Hoboken City Council to crackdown on safety with bans in parks and on the Waterfront. Meanwhile, incidents of DWI on scooters have been making headlines over the past few weeks. 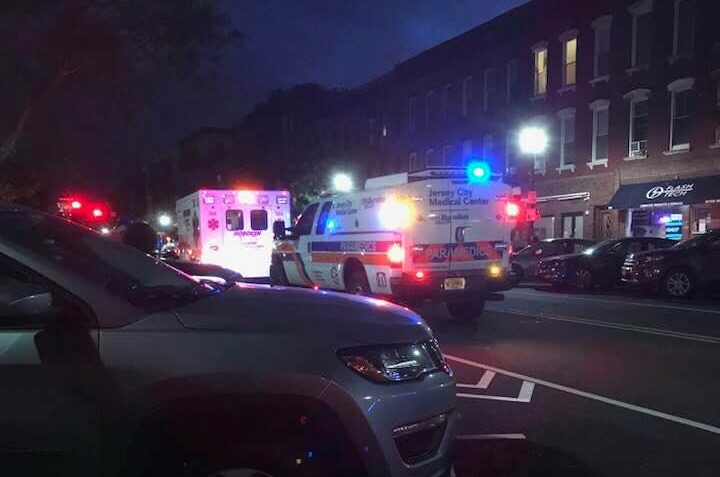 Scene from a scooter accident on Hoboken’s Washington Street in early October, where the rider was allegedly intoxicated—Andrea Kroenig photo.

Hoboken’s e-scooter rideshare pilot program is set for review in November, at which point the City will decide whether to maintain the agreements or terminate the program. As that decision nears, the City is asking residents and visitors alike to fill out a comprehensive survey pertaining to scooters and their use within Hoboken. 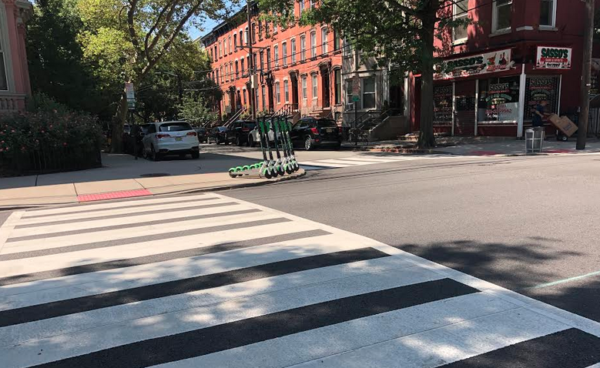 ONSTAGE AT STEVENS: Cultural Series Kicks Off with a Holiday Concert by the New Jersey Symphony Orchestra — SATURDAY, DEC. 17

FRIDAYS ARE FOR FRANK: “I’ve Got The World On A String” (feat. The United States Marine Band) – Sinatra at the White House

Work it Out Wednesday: Before You Get Married, Make Three Healthy Vows to Yourself