Feeling “Bewitched, Bothered & Bewildered”? You’re probably not the only one…

Triskaidekaphobia is fear of the number 13, while paraskevidekatriaphobia (from Paraskevi, Greek for Friday) or friggatriskaidekaphobia (after Frigg, the Norse goddess after whom Friday is named in English) is the fear of Friday the 13th. 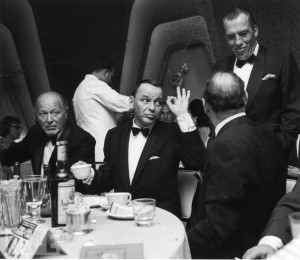 Research indicates that 17 to 21 million people in the United States are affected by a fear of Friday the 13th, to the point that they avoid their normal routines—in extreme cases they even avoid getting out of bed.

“It’s been estimated that [US]$800 or $900 million is lost in business on this day”, said Donald Dossey, founder of the Stress Management Center and Phobia Institute.

Here at hMAG, we do our best to carry on—taking solace in the fact that “Fridays Are For Frank,” and Frank will help us through.

“Bewitched, Bothered and Bewildered” is from the 1940 Rodgers and Hart musical Pal Joey.

Frank Sinatra and Kim Novak started in the 1957 film adaptation, where Frank performed the version of the song heard below.

BEATEN PATH: 33rd Street Line Will Be Closed… ALL WEEKEND!!!